Posted on August 28, 2012 by roadschoolingclaytons

We are currently, as I write this, on an old-fashioned steam train to York. The Scarborough Spa Express. This sounded like a really romantic idea. Let’s take the steam train to York – its not too expensive, and it’s only an hour and a half. Seemed like such a fun thing to do.
We’ve been on it for about an hour now. It’s just a train, really. Only slower.
I’m kind of done. I want the van. We’ll be there soon, says Dev. But then we have to go back on it too. And its only about a half hour car journey.

Clearly, I am the child among us. Nobody else is complaining. Or maybe it’s because I’m such a control freak. I want to control the journey, along with everything else.

You learn a lot about yourself when you’re travelling. Choo-choo! 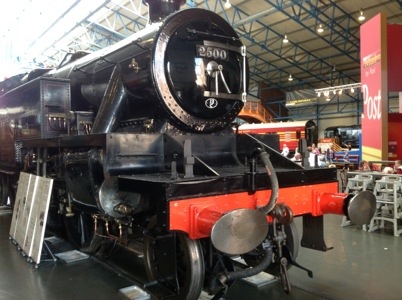