Posted on January 16, 2013 by roadschoolingclaytons 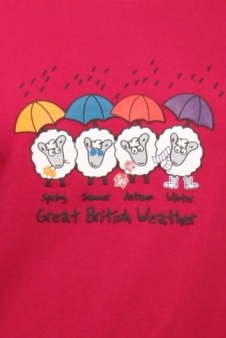 It has been interesting for the kids to see the seasons here in Britain. When we arrived here at the beginning of August, it had been raining non-stop for about three months, I think. And three months can seem like three years when you’re waiting for some sunshine. All people talked about was the rain, and the disastrous and constant flash floods that were still affecting parts of the country even then. So much was the prevailing preoccupation with the wet weather that our oldest daughter subtitled her travel blog Travel Tips and Wellingtons. It seemed like we were destined for a month of waterproofs and wellies, and we were ready for that, but in fact, August was full of dry days and sunshine.
And I’m not even sure anyone noticed, actually, because I still hear people lamenting over the fact that it rained all summer. The amount and duration of the rain that had fallen from May through July completely overwhelmed everyone’s memory to the point that they have no recollection of the good weather! Another reason it may be so hard to remember any good weather is that all the seasons can really be much the same. There are not the extremes we see at home. Summer can pretty much just meld into winter with not that much of a variety in between.
The weather does seem to take on a life of its own, that’s for sure. It not only dominates conversation, but also seems to determine the relative “good”ness or “bad”ness of a day, a week, oreven a month. It’s not just raining, it is horrible. It’s not just cold, it is bitter. Even the weather reporters do it – it’s no longer just a fact, it has a value judgment attached! And to be fair, you can see why. It does rain a lot. And there can be very long stretches where you just don’t see the sun.
Anyway, the kids have made some interesting comments about the climate here in Britain. Here are just a few:

It’s weird, isn’t it, how you can have a sunrise and a sunset, but not actually have any sun?

There is no sky here. It’s just whiteness. Everywhere.

And most recently, after a particularly frightening snow forecast:

Ha! This is hilarious! They forecast 2.6 millimeters of snow for tomorrow! At home they don’t even bother to mention it if its less than 3 centimeters!

Having said all that, we have been very lucky with the weather since arriving here. We’ve had a bit of everything – including sunshine! And when it’s – 35c at home, we’ll take this dull 4 degrees without many complaints!

Posted on July 31, 2012 by roadschoolingclaytons

So, it has begun…here we are in Toronto. We are at a great hotel, Intercontinental Toronto Centre, in a great suite, with a great pool. We had a great night’s sleep last night, and now we have the day in the city before we head to the airport to fly to England tonight. For me, everything feels better now that we are actually on the road – all the stuff we had to do before we left is either done or not done, and if it’s not done, there’s nothing we can do about it now. We now have in our possession only that with which we are travelling, so there’s nothing to sort, no more what-to-take-and-what-not-to-take decisions to make. It’s exciting, and we are starting it off with a bang in this hotel! (This level of luxury is a one-time only experience, so we are enjoying it immensely.)
This morning, we are taking the kids up the CN Tower. Yesterday, they rode the subway for the first time, we got caught in a huge thunderstorm on Yonge Street, and they wondered about a lot of things…why all the vents in the sidewalks, why does water squirt up out of some of them, why are they hot, why does wind blow up others…I’m wondering all those things too. Time for me to do some learning along with them, I think!
Of course, Liah announced yesterday on the plane that she doesn’t want to go on the trip anyway. She hates trips apparently. And Darragh had a moment too where she said she just wants to go home to her bunkbed (which of course, is not actually at home, but rather in a tractor trailer). They will be fine when they get to have a few weeks with family in England, though. It’s funny how it never really occurred to me that the kids wouldn’t actually want to do the travellling adventure, but it makes sense that they would approach it with some trepidation. After all, their mother has clearly been a little anxious over it recently. Amazing how different it feels now that we are on our way! 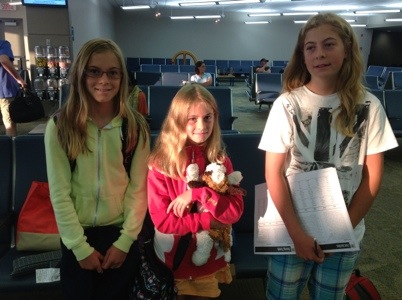