Posted on June 21, 2014 by roadschoolingclaytons 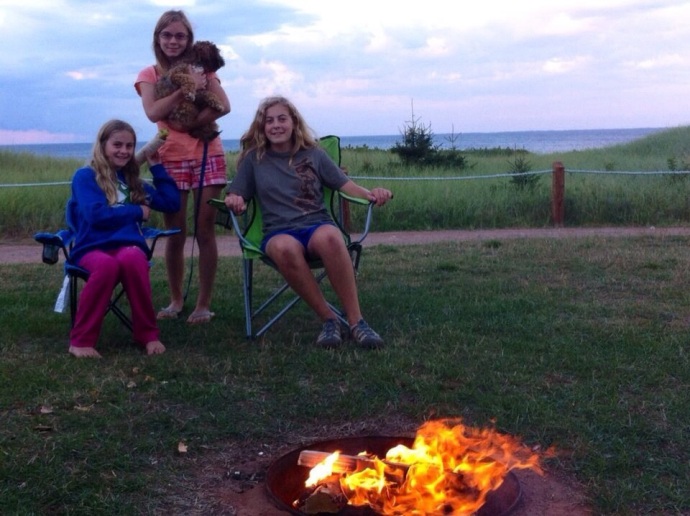 It is just over one year since we left Europe; it’s hard to believe it was that long ago, and as I reflect on that final leg of the journey, I remember being sad that the adventure was almost over, yet excited at the prospect of home. Most of our year had been spent either all cramped into small places together, or living in someone else’s space, and as much as we appreciated both, the thought of our own space again was pretty exciting (although that didn’t happen until September when we finished building our new home!).

It is interesting to think about what effect that space-sharing has had on us as a family. Our two older daughters formed an amazing bond while we were travelling, strengthened by the fact that they spent many nights in the same room, if not in the same bed! We used to lie in our bed listening to the incessant giggling, and while it did drive us nuts at times, it often made us smile too. Until about midnight. Then there was no more smiling to be done. Just a bit of yelling and threatening, generally.

This giggle-fest would often happen in the car too, as we drove seemingly endless hours through Europe. They invented entire worlds to entertain themselves into delirium, complete with characters, lives, theme songs, book title spin-offs – I would go on, but in reality, I have no idea. Very little of it was accessible to my far too sensible adult brain!

As we look at photographs and reminisce, the memories that come to them are almost always  associated with some sort of “nonsense”!

And now that we have our own space again, and they are not forced together so often,  I think they miss each other sometimes. Combined with friends, school, extra-curricular activities, phones, and iPods, all this space makes for a distinct lack of connection sometimes.

As happy as I am to be settled in our new house, and have our own bedrooms, and lots of  space in which to retreat, I do recognize that all this space can sometimes have a negative effect on family relationships, especially as our daughters become teenagers and have a more natural inclination toward friends. And not only our immediate family relationships, but our extended ones as well – we have been a bit reclusive since we moved in here, actually. I think we are so relieved to have the space, and so tired from creating the space (still a work in progress), that we don’t tend to invite family and friends over nearly as often as we used to.

We have been making a conscious effort to cultivate that time together – have some sister “sleep-overs”, and family read-alouds or movies. And now that summer’s coming, we can have some family outdoor adventures too – some camping maybe? We really do need to find ways to hang on to those bonds that were created while we were travelling. I suspect camping will work – shove us all in a tent together for a few days to recreate some of that forced closeness we experienced as we travelled! Add a little discomfort and it will be truly authentic…maybe it will rain, or the airbed will deflate in the night. Ah, then we will bond for sure!

We  are so lucky to have what we have and to live where we live. We just need to be careful; it’s easy to get lost when you have so much space and comfort.

It’s in Their Genes.

Posted on February 24, 2013 by roadschoolingclaytons

You know what’s cool? My husband and my oldest daughter (and her cousin) just got back from Scout Camp. Dirty, stinky, exhausted and exhilarated. But that’s not the cool part. The cool part is that my husband went to this same camp as a scout about 30 years ago with his dad. He was a scout with this same troupe for most of his childhood, and his old Scout buddies are now the leaders. So they all got to go camping together.
Sometimes, we take these things for granted – these moments in our lives where we get to share a piece of our past with our children. But if you don’t live in the same place you grew up, this kind of experience is pretty special.
So, we’re not travelling as much as we had hoped at the moment, but look at what our kids are getting by staying in this one place for a while. They are getting to know life here. They are developing relationships with cousins, aunts, uncles, great aunts, and great grandmas that they may never have had. Not to mention quality Nana time! They are experiencing some of the people and places of their dad’s childhood, and their mum’s too. They are having family time, and extended family time. And not just the rushed, sometimes forced, two-week-vacation kind of time. The real life time. The kind that is interrupted by school, homework, swimming lessons, and doctors appointments. The kind that is just hanging out and being a part of people’s lives. Taking the dog for a walk, putting the garbage out, walking across the road to visit a relative…going to scouts with your cousins and listening to stories of when your dad and uncle used to go. Stories of their mishaps and adventures. Only now you have your own stories of scaling and gutting fish, and cooking them on the campfire. Or playing tug o’ war across the stream. Or your cousin cutting her eyelid open on a barbed wire fence while playing survival games in the dark, only to be told something like that was bound to happen because “it’s in her genes” (her dad was often transported from scout camp to the nearest emergency room). These are important experiences to have. Maybe more important than the Eiffel Tower, the Roman Colosseum, or Buckingham Palace.

Someone reminded me recently that it’s not about where you travel to, or how far you go, it’s about making memories wherever you happen to be. And I think we’re making some pretty good ones right here. 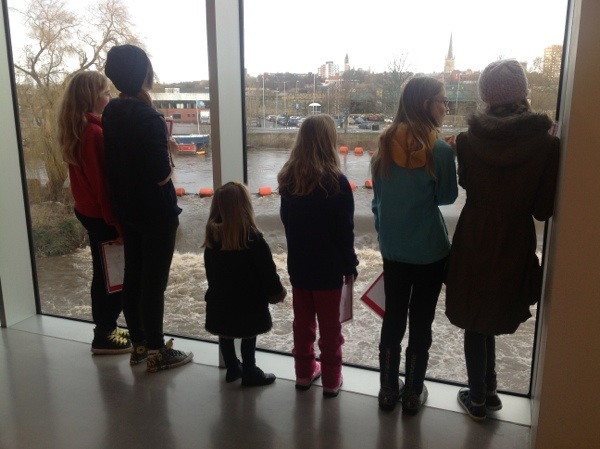 Birthdays on the Road

Posted on September 25, 2012 by roadschoolingclaytons

Our middle daughter turned 11 yesterday, and we weren’t very prepared. I had booked us into Marina de Venezia, a Eurocamp destination with a massive waterpark, specifically to arrive on her birthday – her gift. What I hadn’t factored into those plans was that it was a five hour drive from Monterroso to the Venice Lido where the camp is. So, instead of waking up on her birthday morning and being able to enjoy the water park, she woke up to packing and then driving. And five hours was the actual driving time. As in, if you don’t stop to pee or eat, and you don’t take any wrong turns, which of course, we did. Although, I must say, I was much more adept at getting us back on the right road this time. I didn’t panic, and now that I know that just because one road crosses another on a map, it doesn’t necessarily mean you can get on it, things are better. Duh.
So, we arrived at the camp ground at about 3:30pm, and by the time we registered, found our caravan, unpacked a few things, and walked a very roundabout route to the waterpark, it was a half hour before closing. No matter, the looks on the kids faces when they saw it, and the squeals of delight as they launched themselves into one pool after another was worth it. Still, a weird birthday for her. No cake. No friends or family to celebrate with (except us of course), no gift wrap for the couple of little gifts we’d been able to find in Monterroso…different. She had mixed feelings about her day. It was fun, and she’s excited to be here for a week, but it was a day of missing people as well. It’s even harder since we have no Internet access now, because she doesn’t have that instantaneous contact with anyone.
This place is great for the kids, and that’s what it’s for, really – a week’s respite from travelling around, sightseeing. For us, the respite from driving, packing and unpacking is great, but this no longer feels like Italy. Actually, it feels a bit institutionalized. You stick your hand out the car window on the way in and have a permanent bracelet strapped on, and then you go out and find reception for your “holiday provider”, one of their couriers shows you to your quarters, and there are occasional instructional PA announcements that feel slightly disconcerting somehow. There is everything you could ever need here, shops full of grocery items with German, French, British, Swiss, and Italian names, catering for familiarity regardless of where you’re from, restaurants, toy and hardware stores…I’m not a huge fan of places like this. Doesn’t seem authentic – I could be anywhere.
On the other hand, there’s also miles of sandy Adriatic beach where I could surely get lost with a book from time to time while Dev takes over the demands of water slides and toy shops… 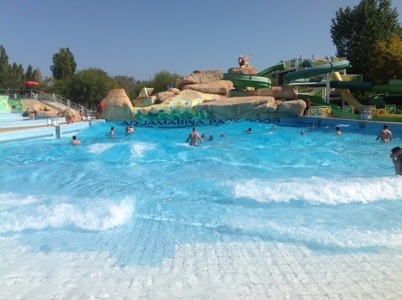