H is for home.

Posted on June 10, 2013 by roadschoolingclaytons

Today, on my birthday, I am reflecting. Looking back at a blog post from this time last year, it’s hard to believe all that has happened. In that post, we had just sold our house, we had a month to vacate, and we had no idea where we were going to go. I remember that angst, and I’m happy I’m not there this year. We had nothing booked – anywhere. That was not our wisest hour.
To be faced with moving out of a house you have lived in for ten years, storing most of your stuff, but making sure you keep out the stuff you will need for the next ten months is an arduous enough task. But planning a ten month trip while you’re at it? That’s just insanity. No wonder I was having anxiety issues. And to think I had known about this trip for four years…there’s a psychological diagnosis in there somewhere, I’m sure.
Anyway, the point is, if you are planning to take your family travelling for an extended period of time, I would recommend booking everything in advance. Or at least most things. Or even some things. Or one thing. But definitely not no things.
Miraculously, though, on this particular occasion, it all worked out ok. It would, in retrospect, have been a much more enjoyable experience for me if things had been better planned beforehand, but there you go. Hindsight is a wonderful thing. And with hindsight, I might have realized how much easier the trip would have been for the kids if it had been well-planned. However, it is what it is, and they experienced the whole process, angst included.
In asking us about our trip, people often say “the kids must have loved it”, but in all fairness, they did not always love it. I’m sure I have said before that there were many times when they just wanted to go home. And sometimes, as we settle back into the routines of school and soccer and birthday parties, we wonder what, if anything, they gained from our “year out”. Of course, we know they did, really, and we know their appreciation for the experience will increase as they get older, but it’s funny how quickly it has disappeared in some ways…
For example, a week after they started back at school, the little one had to do a writing assessment on which they were asked to write about something that happened in the past. When I asked her what she wrote about (thinking smugly about all the fabulous experiences we provided for her to choose from), she told me she wrote about that time we went to Halifax two years ago when she bought a teddy for her sister. I said, “Oh. I thought you might have written something about our trip”, to which she replied, “Oh yeah, I forgot about that”! You have to laugh, really, but comments like that don’t come without a tiny little sting. Shortly after that, she redeemed herself by compiling a pretty amusing A to Z of Travels which summed up her experience, though, so all was not lost.
In actual fact, we are starting to see the experience of our travels permeate lots of things the kids do and say quite often now, and every time we see that, those little stings are replaced with another feeling. I don’t quite know how to describe it, but I know it’s a very warm and glowy feeling. Like pride and satisfaction – and maybe a little relief. When I read Mairi’s speech for school and it’s all about European foods – which are good, and which should be avoided. Or when they point out places in library books that they recognize and have been to. Or when their stories have settings they would never have had a year ago. Or even when I can see their appreciation for home. It’s a good feeling.

Here is a collection of tidbits that give me that feeling: 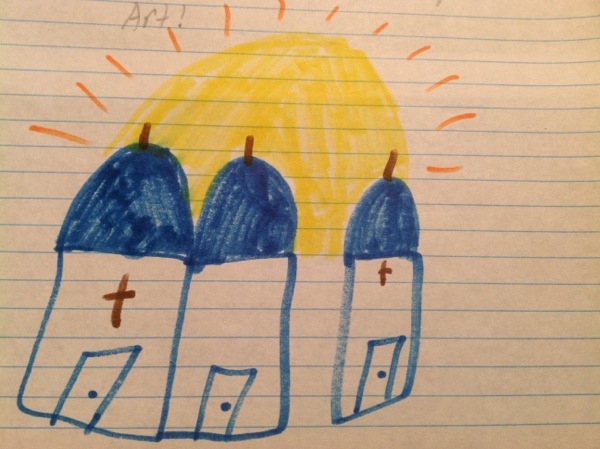 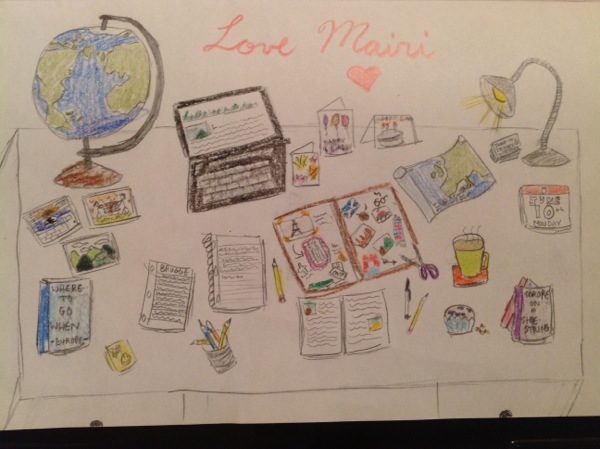 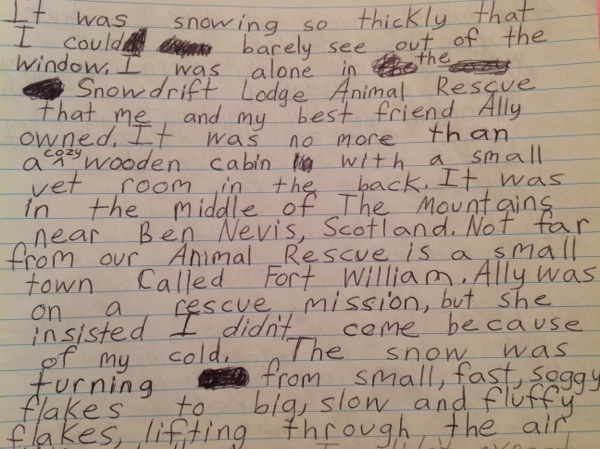 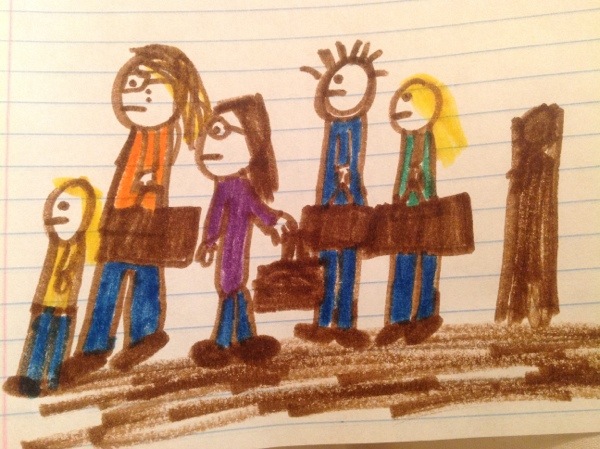 This one was accompanied by the caption: X is for exit. Where is the exit in this airport?! It is a very accurate rendition of us wondering where the heck that exit is, right down to the sour expressions on our faces! 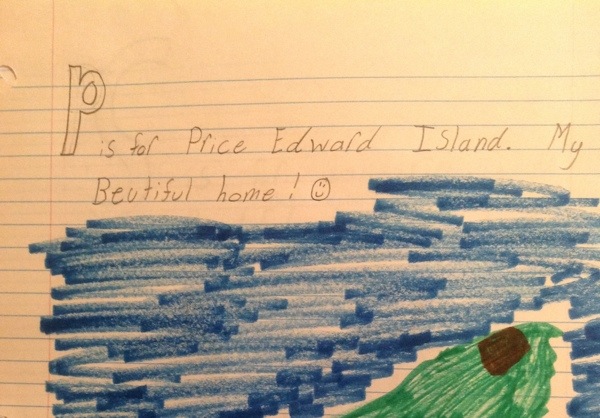