Posted on February 27, 2013 by roadschoolingclaytons

I wandered lonely as a cloud
That floats on high o’er vales and hills,
When all at once I saw a crowd,
A host, of golden daffodils;
Beside the lake, beneath the trees,
Fluttering and dancing in the breeze.

Although it’s still a little too early for the daffodils, having recently spent some time in England’s Lake District National Park, it is not hard to see why its inhabitants have produced some of the finest poetry ever written. The Romantic poets of The Lakes, William and Dorothy Wordsworth, and Samuel Taylor Coleridge to name a few, were clearly inspired by this stunningly beautiful area of England. While the glorious fells (mountains) and shimmering lakes define the landscape here, there is so much more – tumbling waterfalls, green valley floors littered with sheep, and separated by dry stone walls, beautiful little lakeside towns and villages, and ancient stone circles. This is a place where the rain doesn’t matter. And that’s what you need when you are in England, because let’s face it, it does rain a lot.
I don’t really know where to begin to blog about The Lakes, and I’ve been putting it off for such a long time that the thought of trying to fit it all in overwhelms me somewhat. It might suffice to say that on this trip, where we have strived never to go to the same place twice, we have been drawn back here not twice, but four times. The first time, we hiked Aira Force, a beautiful walk that takes you past three waterfalls, through an old deciduous forest, a pretty little village, rolling farmland hills, and down a bubbling stream. 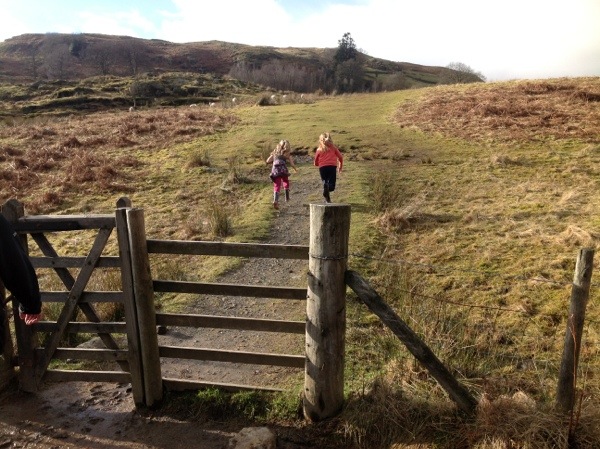 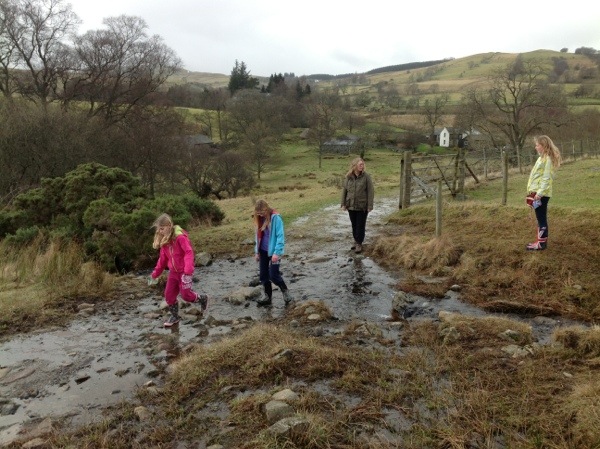 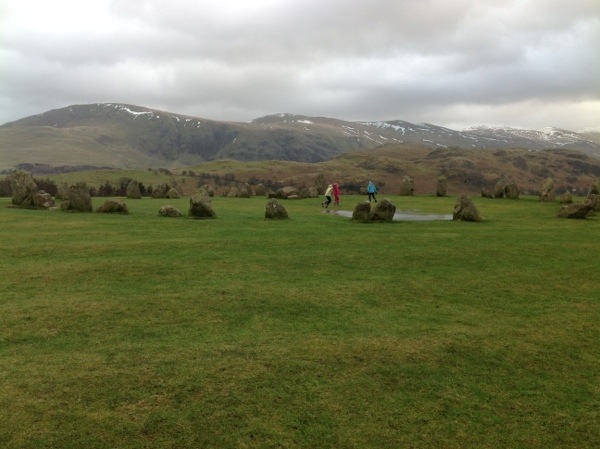 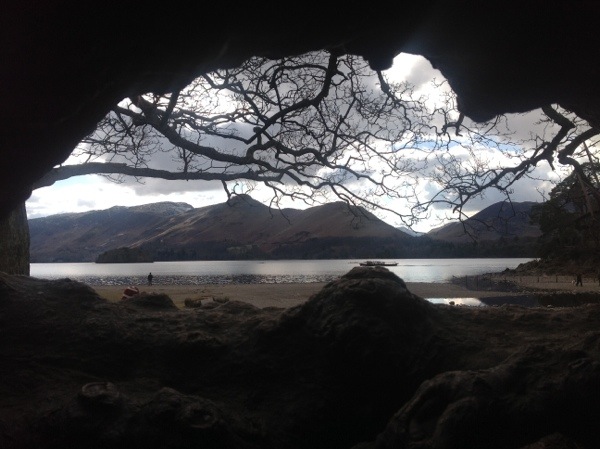 During our visits here we also hiked around Derwent Water, just outside the gorgeous town of Keswick, and several of the many other lakes in this remarkable area. We did stop to visit the old-fashioned sweet shop in Keswick a few times too!
Well, not a few really.
If I’m honest, I think we went every day. There’s just something so magical and nostalgic about buying bulk sweets right from the jar, and eating them out of the cute little paper bags…but I digress. This post is supposed to be about literature, not sweets. But to be fair, the sweets make the literature so much more appealing to the kids. Especially the little one, who will venture on even the most arduous hike or trail around the most boring museum if there’s the promise of a sweet shop at the end of it. So, it is relevant really.
Naturally I myself would rather focus on the literature than the sweets. Ahem.
One of the most beautiful villages, and lakes, we visited while we were there was Grasmere, and Dove Cottage where Wordsworth himself lived and wrote. He is buried there in the little churchyard so aptly full of spring daffodils. And at the risk of going back to food again, they also make the famous Grasmere gingerbread here in a tiny little building which used to be the schoolhouse where the young Wordsworth studied. This stuff is amazing, and not like any gingerbread you have ever tasted before. In fact, the recipe is kept in a guarded vault and people have literally died trying to duplicate it!

But again, back to the literature. Since the kids are still a little too young to appreciate much of the romantic poets’ work, they were more interested in another famous Lakeland author who they could remember from their own childhoods. There are probably not many children who are unfamiliar with the works of this writer, although there won’t be many who know where she is from. Beatrix Potter, the author of such children’s classics as Peter Rabbit, Jemima Puddleduck, and Benjamin Bunny lived much of her life here in The Lakes. You can visit Hilltop, the farm she bought in 1905 in Sawry, near Windermere, or you can visit a gallery of her drawings at Hawkshead, near Ambleside, in the building that was once the law office of her husband. Her farm became the setting for many of her books, and the scenery of the area can be found in all of them. 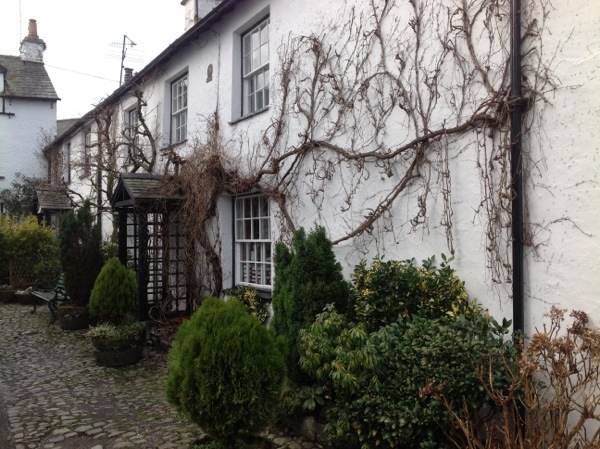 This place is so beautiful and inspiring, that one of our own daughters has since written several stories with Lakeland settings, and the last time we went, she started writing as soon as we arrived at our cabin. If you are naturally inclined to write, or be creative in some other way, the Lakes just pulls it out of you. It seems to create a need to somehow record it – make it tangible. For some of us, that has meant taking photographs, and others sketching, painting or writing. But each of us has felt this place, and fallen hard for it. Maybe someday we’ll have our own little Wordsworth inspired by the very scenery that started him on his literary path.

2 thoughts on “Lakes and Literature”