What I Want to Say About Athens

Posted on October 6, 2012 by roadschoolingclaytons

What I want to say is that it is a horrible city. Dirty, unfriendly, scary, and covered in graffiti. Don’t go there.
But something holds me back.
I think about the state the country of Greece finds itself in, and know that a huge city like Athens will feel it more than other areas. I imagine how I would feel if my children studied for years only to face the prospect of long term unemployment. Would they go out and paint every available surface with angry graffiti if they had nothing better to do, and no hope for their future? How friendly would I be if my already meager income was being taxed again and again to compensate for a government who has borrowed from so many other countries it is on the verge of collapse? Or if after 35 years of working, my pension has suddenly disappeared? Or if I am now renting a home I might have previously owned. Perhaps I would feel bitter enough to want to destroy what’s left of my neglected city? I might even be a little intimidating or condescending to the tourists who come for a night and spend only a few euros en route to somewhere more glamorous. And maybe I don’t fix the air conditioning in my run down hotel, or re-hang the shower door, because I have other priorities for my money. Like food.
Or perhaps I might even rant and rave almost viciously about the state of my country to the family of five in the back of my taxi who has clearly just returned from vacationing on a Greek Island, and then rip them off for almost double the price of a more “official” cab…especially if I was 40ish with a young family and no way to make life better for them.
So, instead of saying don’t go to Athens, I feel like saying go, but go with your eyes wide open. Know what to expect, and give yourself a couple of days there in case your first attempt at seeing The Acropolis does not quite turn out as you planned. And get a good map. 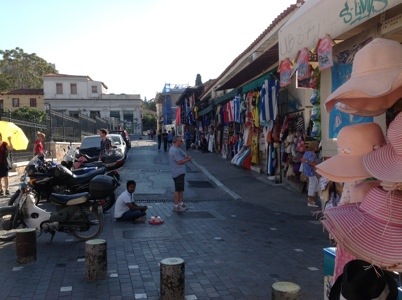 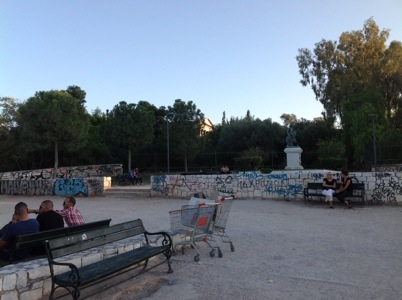 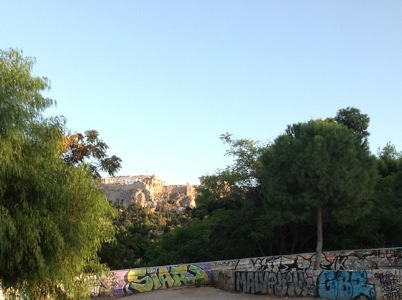 One thought on “What I Want to Say About Athens”